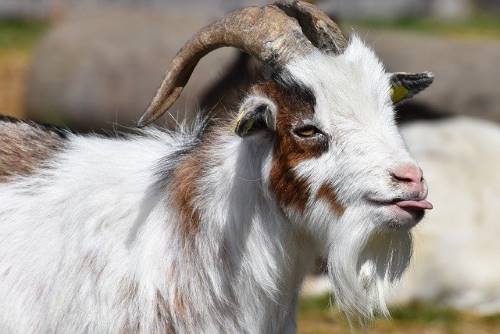 Can goats eat cherries? Yes, cherries are fine to give to your goats in very small amounts. There are a couple of important points to understand about the pits, leaves, and the rest of the cherry tree.

Read on to find out everything you need to know about feeding your goats cherries.

Where do Cherries Come From?

Cherries come from the genus Prunus and they are closely related to plums, apricots, peaches, and almonds. The cherry tree is a small deciduous tree growing between 15 – 30 feet tall depending on the variety.

The leaves of all cherries are arranged alternately and there are plenty of similarities among the trees; however, some types of cherry trees bear fruit that is edible for humans while others can cause stomach aches or irritate the skin.

Sour pie cherries that you can eat can be black or red-skinned, there is even a variety called the Morello Cherry which has yellowish fruit. Sweet cherries such as Bing and Rainier are usually dark red with yellow spots or streaks; they must be pitted before giving them to your goats.

Are Cherries Good For Goats?

Yes, most varieties of cherries are good for your goat (although moderation is important). They provide some great nutrients including antioxidants and vitamin A as well as being easy to digest without causing stomach upsets.

You have to consider where the cherries come from and whether they are ripe before you feed them to your goats. The toxicity of cherry leaves is well documented, but not many people know that the stems, bark, and fruit of some species are also toxic.

You should never let your goats eat freely from a cherry tree, always give them a small number of pitted cherries to reduce the likelihood of them ingesting a toxic amount.

Cherry allergies are common in humans; ingestion can cause nausea, diarrhea, stomach aches, or vomiting. You should keep this in mind when giving cherry products to your goat. They can get sick just like us if they eat too many cherries – including the pit!

It’s hard for a goat to choke on a peach pit because it isn’t round enough to get stuck in their throat; however, cherry pits are much more cylindrical and they can get stuck where you really don’t want them to be.

Goats eating cherry leaves, bark, or stems will get sick just like people do. Ingesting large amounts can cause diarrhea and in some cases, death. The toxicity and calorie density of the leaves make them unsuitable for anyone to eat in large quantities.

Are Cherries Poisonous to Goats? 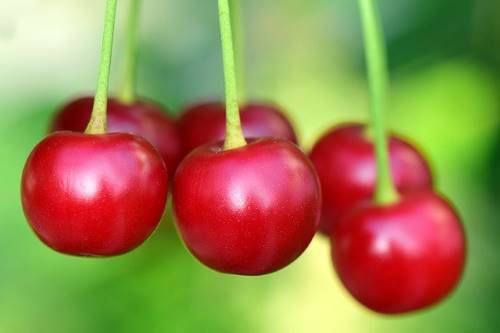 Most of the cherry tree is poisonous to goats. This is because cherries have a high level of cyanide in their stems, leaves, and seeds which are also found on most sour pie cherries that you can eat too.

Eating too many cherries or cherry products with pits may upset your goat’s stomach causing diarrhea, and can even cause death.

The bottom line is that although small amounts are fine for your goat, it is best to avoid feeding them any large quantities of cherries or things made from cherries including fruit jams or juices.

The leaves of the cherry tree are toxic to goats, just as they are to most animals, including humans. The leaves and stems may cause stomach problems like nausea and diarrhea especially if eaten in large quantities.

When the leaves are wilted they become especially toxic because they release hydrogen cyanide and can be fatal if consumed in large quantities.

A goat would have to eat a lot of cherry bark before it became toxic but there is no reason to risk giving them more than they can stand. 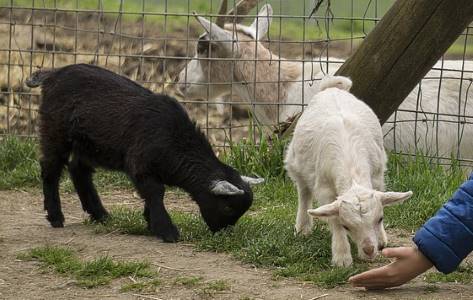 It is not recommended that you give your goat cherries with pits because like apple seeds, peach seeds, and cranberry seeds they may contain trace amounts of cyanide which can make your goats sick. The pit also presents a choking hazard if it gets caught in your goat’s throat.

Goats will usually swallow the pit whole or spit them out. The levels of cyanide are higher when the pits are broken up. When pits are removed before processing cherries, most of the cyanide is gone.

Cherry pits can affect blood sugar levels in some animals so they may pose a risk for your diabetic goats. Please consult with your veterinarian if you have any concerns about feeding cherry products to your goats, especially if they have health issues.

Choke cherries can be ingested by your goats without causing any problems; however, they contain very high amounts of vitamin A and will cause your goat’s milk to turn into butter or cheese that is orange instead of the usual white. The amount of vitamin A in choke cherries is so large that it can kill your goat if they eat too many.

As you can see, the answer to “Can goats eat cherries?” is yes. Cherries are okay for your goat in moderation, but there are a couple of important points to understand about the pits and leaves that come with cherry tree fruit.

If you’re not sure whether or not it’s safe for your animal companion to consume this food item, always remember that moderation is key. You should never feed your goat cherry pits or leaves as they contain cyanide.